How Many People Does it Take To...? 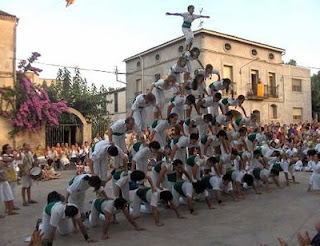 Yesterday I met another one. This makes the second or third I have met in person while several others have been just stories to me. I am talking about people that have tried to lead the United Methodist Church in the Mara Region. For some I would imagine that they have just found the Mara Region a hard place to do church work, and it is for various reasons. Some have attempted to step into church work for their own profit and were eventually found out. This one yesterday has become a fixer of things -  bicycles, motorcycles, when I met him he was working on cutting a key using files and various other simple machines. Maybe he was one of the good ones if he was still trying to create something, even something physical. All in all this string of people is overwhelmingly…comforting.

Liz and I, after a month of being back, are getting stuck under a mountain of work, expectations, and needs. And then there is anything anyone outside of Derrick and Kaleb wants us to do :). This is a hard place to do church work and there is so many things that need done, people helped, families and communities restored that are broken. And I know so many of them personally. Sons that want a father, women that want loving husbands, husbands that want work to support their families, men that want to be free of the sin that controls, and old shoe cobblers that want a hot meal every once in a while. The comfort comes because in all of this I can see that God is bigger than it all. Despite a string of leaders that have come and gone the church is still standing. People are still being lifted up in prayer, orphans are still given a home, widows are still having a house built for them, new churches that we pray to bear fruit are being raised up in farm fields. And I know that the old cobbler got at least one hot meal. God is bigger than my concerns or fears or anxieties. God’s purpose has continued, using whoever was willing to answer His call at the time. He has even managed to use the growth wrought by those who only wanted to grow their own kingdom. He is bigger than it all, and yet shows up in the smallest of details – like my sermon prep for Sunday where we will be blessing a new church plant.

He will continue with me and the many efforts of the amazing people we work with. And after we are done here God will still continue on, never abandoning his children, simply waiting for the next person that wants to answer His call.
Posted by Eric and Liz Soard at 10:01 PM