It has been difficult to put together a blog for our training as missionaries. It has been an intense three weeks of classes, activities, worship, and community with other missionaries. We have been short on sleep and down time, but rich in conversation, communal prayer, and languages. A part of training that has stood out to me is the bilingual nature of our training. We have many Latin Americans from all parts of Central and South America that have joined us in training so we have translating back and forth from English to Spanish and from Spanish to English. This community has brought a richness, but also difficulty to training. I mean, why can't we all just speak the same language? Or at least split up into groups so translation is not slowing down this important time of dialogue. In framing these questions I have seen an interesting response from the narrative of the Bible. In the very beginning, in the book of Genesis, there is a story about the Tower of Babel. The people of the Tower all speak the same language and counted on their similarities and common goals to build them up and protect them. If you read the story you will see that their motivation was to be bound together and not separated so that they could help each other and protect each other. Isn't this a good thing? Why would God want to break up a group of people that were working so well together? Why would he want to scatter the people over all the earth and give them different languages as to confuse them and their relationships with one another? This seems to reflect a cruel God who enjoys playing games with humanity. There are times when I have struggled with this passage because of these very questions regarding God's character. This week I have finally understood this passage by looking at a completing story that comes up later in the Bible. Pentecost, a time when language fails to be a barrier to the connecting work of the Holy Spirit. There is an important quote that we heard during training as we were learning to accept the culture we are about to be sent into. "Uniformity is a lack of diversity, Unity is the bringing together of diversity." In the story of Pentecost there are the descendants of the Tower of Babel. Time has passed and these descendants speak different languages, they are from different cultures, and they have different histories. Some come from countries of oppression and some come from countries that were built on the backs of slaves. They have fought wars, often with each other.  All that God predicted has come to pass. However, in this moment of Pentecost, when the early church was first born and touched by the Holy Spirit there is a connection that is being spoken into the world in a new way. This is the connection of the Holy Spirit. This is the force that should bring us together, protect us, and help guide us into a future together.

This narrative of separation and unity in the Bible has been made real in my life this week as I have been exposed to a diverse group of people all with the same call. This was never made more clear than last night when we all gathered for dinner. At the end we prayed for the leadership team that put together missionary training for all of us. Prayers were spoken in Kiswahili, French, Spanish, German, Russian, Portuguese, Korean, and English. These are the languages of where these missionaries are coming from and the languages of where they are going. A beautiful group that is not united by language or their own power, but united in a common call and common spirit of God that lives in all of us. I can only pray to experience a church can continued to be united by the Holy Spirit. A church that can experience unity, not because we lack people of dissenting opinions or various languages and cultures, but because the Holy Spirit has brought us together in our love of God.
Posted by Eric and Liz Soard at 4:43 AM 1 comment: 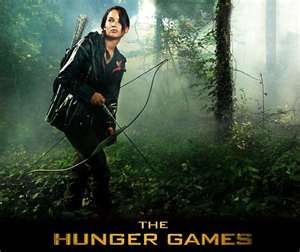 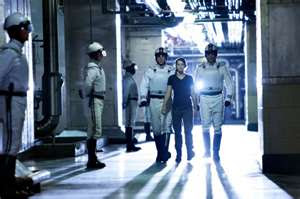 Posted by Eric and Liz Soard at 8:16 AM No comments: