This past Sunday we were doing a lesson on Gideon. We were focusing on the fact that even though he may have had a great military victory, he spent almost the entire scripture devoted to him scared. Maybe he found some courage later on during his time as a judge, but from the very first greeting of God’s angel up until his attack on the Midianites Gideon was scared. So naturally one of the questions I asked the group was what they were afraid of. For some reason this question stumped the group. Most likely because you don’t ask a group of Kuria people to talk about their fears, they have more pride in their courage than your average person. However, the secondary student I was talking to, a young man who wants to one day be a pastor did not have a problem with his answer. He said the only thing he feared was God. “Anything else?” I followed up. “Nope. Just God.” Now I will admit I have always had a problem with understanding why we as Christians are supposed to be afraid of God. We spend the majority of our time talking about God’s love, His mercy, His forgiveness, these are all characteristics that to me make God…well, not scary. If he is not scary than why should we be afraid? That has been my line of reasoning for a long time, up until today. However, Emmanuel is consistently challenging me on previously held opinions and this was no exception.
I have spent time since that Bible study trying to figure out why this faithful, and extremely bright young man, would be afraid of God and nothing else. It was then that the first part of his answer, when put together with the second part of his answer started to make sense. Since he was afraid of God he could not be afraid of anything else. If the fear of disappointing God fills your heart, you don’t have room to fear disappointing others. If the fear of not doing enough to display your faith to God fills your heart, than you won’t have time to fear being embarrassed in front of others because of your faith. If the fear of not giving glory to God for the things in your life fills your heart, than you won’t have to fear who gets the credit when something noteworthy happens. People say that fear is healthy because it protects us from danger, and keeps us from actions that are self-jeopardizing. What if that same idea works with God. We are filled with a fear for God so that we cannot be afraid of the other things, the things that keep us from fulfilling our call from God, the things that keep us from talking to the stranger, helping the poor woman while everyone is watching, or coming to a far, far away country like Tanzania.
For the first time in my life I think I understand that having a fear of God is not because I am supposed to understand God as a scary God. The fear of God is there to protect me from the other fears of the world that keep me away from that full, abundant life that God offers. So in the coming days may your fear of God grow, and your fear of everything else shrink.
Posted by Eric and Liz Soard at 4:47 AM No comments: 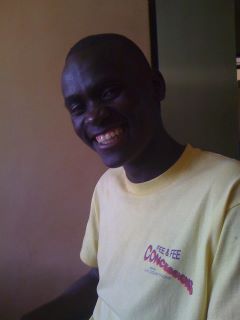 There are times when I feel like the thanks are too much. I won’t say that there is an abundance of appreciation found in mission work, but we have never failed to receive appreciation for what we have been able to do since we came to Tanzania. People in the US have expressed gratitude for us being willing to be here and do the work and Tanzanians that we have worked with have also expressed thanks for the assistance we have been able to offer. Every once in a while though I wonder if the “thank yous” and “job well dones” always get to where they should go.
This last week I was able to register one young man for his Form II national exam which he will take in October. Wikendi is 23 years old and stopped his education after 7th grade because there was no money for him to continue on. He doesn’t come from a rich family and all of the older siblings that may have been able to help him through school have passed away. Out of the original 8 children there are only 3 of them left which has made Wikendi one of the oldest instead of one of the youngest. He has been one of those that has more than once said thank you for me being able to get him into an adult education program so that he can finish secondary school and hopefully one day head on to seminary. Sometimes though I am not sure how much he should be thanking me instead of me thanking him. I have been able to get him into school and he finally has a chance at the education he has been missing for years, but the challenges are far from over. He walks an hour one way to get to the adult education program, and he is no longer a child. At home he is responsible for the economic well-being of his family. His day starts early (4-5 am) for him to finish work on the farm and around his mom’s house before he continues the work of building his own house before he has to head off to school. Between travel and class time he is gone for seven hours a day, not getting home until 7 pm just in time for it to get dark, and that does not include any of the great amount of studying that he now has to do. On top of school and home, he has taken on many of the responsibilities of the local church in Gamasara with more coming after he has passed the certification part of his ordination process. All in all, I can only hope that in the next few months he is still thankful for this opportunity. I am certainly thankful for him willing to take full advantage of this opportunity and approach it with the dedication it deserves.
Today my thanks goes to Wikendi and the willingness he has to follow God’s call into challenging times.
Posted by Eric and Liz Soard at 11:21 AM No comments:

A Year of Hunger

This post may be coming a little late amid thoughts of getting back to the grind of work and wondering if New Year’s resolutions will make it past the first week (I started mine back in the Christian New Year of Advent and they didn’t). If you can do me a favor though, remember back to the holidays especially if you had any of those multiple family Christmas dinner marathons that I remember from my early childhood. Remember that feeling of contentment and possibly even that painfully stuffed regret that comes when it hit you that you didn’t save room for Grandma’s special holiday desert. That desire not to move from the easy chair even when you have lost the remote, I am sure something good came on TV eventually. It is in times like this that it becomes hard to remember being hungry or thirsty for anything. What else could we possibly want when we are too full to think about what we might want to eat next week let alone for the next meal.
As you may still be recovering from those meals or the first time back to the gym since you broke your New Year’s resolutions from last year I would encourage you to allow this year to be a year of hunger and thirst in your life. Too often we seek after that feeling of being completely content, and when we have the resources that many of us do it is something that is easy to obtain, at least until our favorite teams loses and we throw something at the TV. The problem is that when we are physically content or when we have zoned out to a TV show and let our brain shut down we stop caring. When we are content emotionally, mentally, or physically we stop challenging ourselves, we stop looking for solutions to problems that used to bother us both in our lives and the lives of others. We not only no longer care about changing the world, we don’t even care about our neighbors or the food drive at church. For us Christians, it is at this point that we should realize that we have lost our view of heaven and our thirst for God’s presence in the world.
This year allow yourself to be thirsty for something besides a Diet Coke. Don’t allow your mind to be satisfied with watching a TV show in order to sooth yourself after watching the evening news. Let us hunger after something besides placating our own desires. Here are some ideas for making this year a little different than the last one. Try fasting once a week in order to keep your hunger for helping the poverty stricken. Find someone outside of your family to really spend some time helping in order to keep your heart soft to the world and its problems. Read more world news or books that you know will disturb your sense of justice to keep you thirsty for a better world. When we become content with the way the world is and we no longer see a need for it to improve or for us to personally do anything to improve it we know we have lost some of our hunger and thirst for something greater. Regain your hunger and don’t be afraid to thirst for something better. 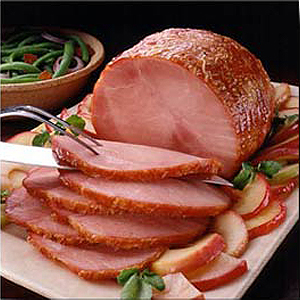 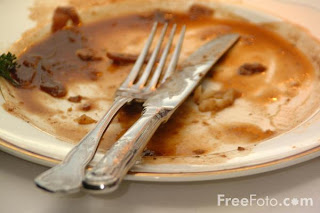