Jesus' World is Harder Than I Thought

Many times I try to write about our experiences here and how it should or at least could inform our Christian experience in the US. I guess because that is the situation I am in, a Christian from the USA that lives in Tanzania. However this past Sunday I was made evidently aware of the difficulty for Tanzanians of experiencing some of Jesus’ message that North Americans seem to take for granted and I really want to talk about the experience of a Christian in Tanzania. 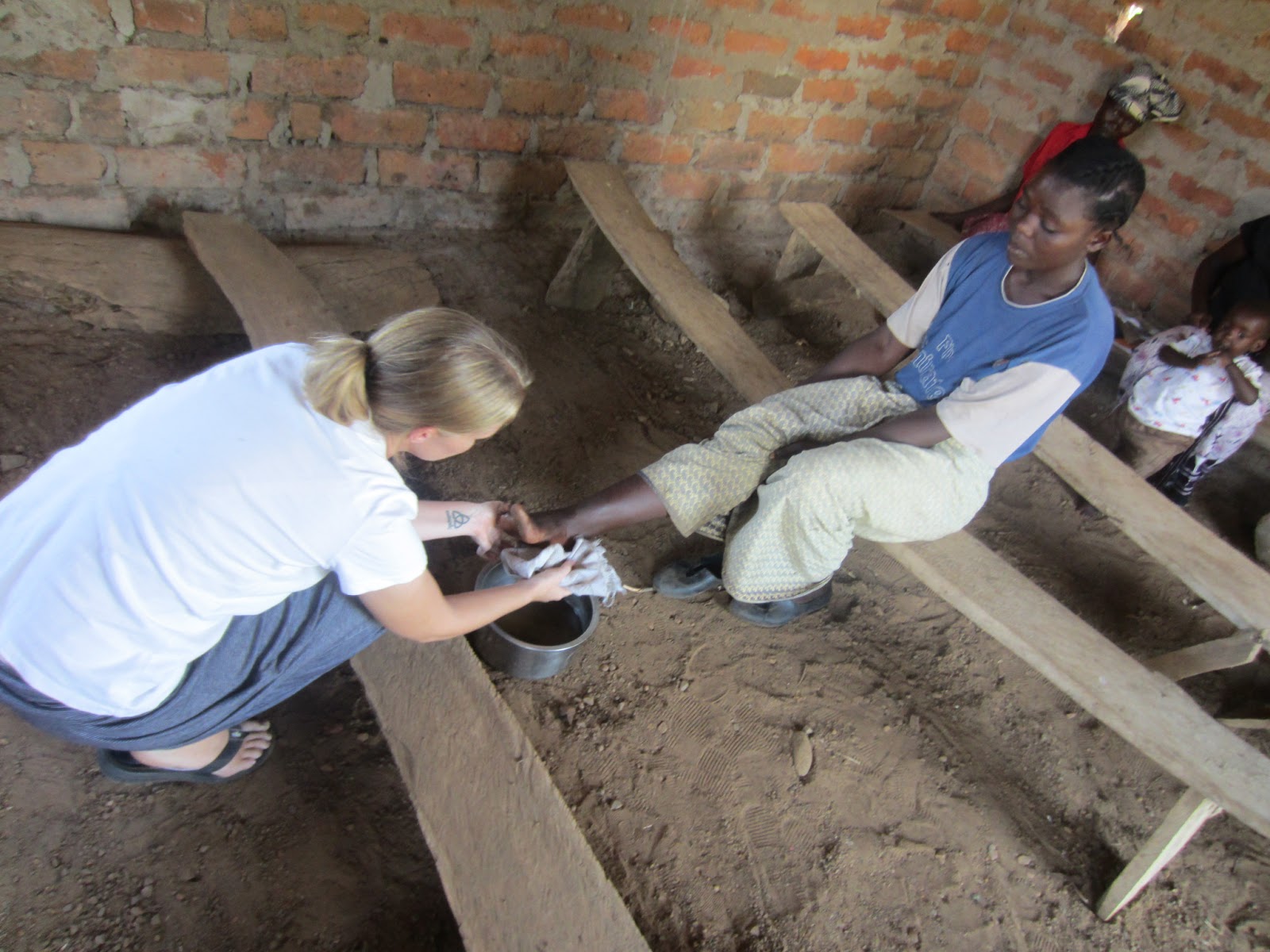 Since we now work in seven different churches we sometimes mash up seasonal messages and services in order to give as much exposure as possible to the rich liturgical tradition of the Church. This resulted in us doing a foot washing service on Palm Sunday. Which in fact worked really well since I focused on the upside down route that Jesus’ triumphant procession took on Palm Sunday which worked easily into the master becoming the servant message that is seen in the tradition of foot washing that Jesus started at the Passover Meal.

However, as I was preaching about the idea that Jesus was a different kind of king, as I tried to convey in as relevant as possible terms what it would look like today for us to copy his example of washing the feet of his students I saw confusion and discomfort cross the faces of many in the service. I guess I should not have been surprised, yet I still was.

You see, one of the examples that I used is the hand washing that commonly takes place before meals here in Tanzania. This works as an example because social order also determines who washes whose hands. The lowest on the pecking order washes everyone elses hands starting with the most senior and working their way down. I am serious. I have seen arguments (playful arguments to be clear) started over whose hands should be washed first. “Who is the oldest?” is the most common question, but other factors, often unspoken also often enter in. Questions of wealth, education, position, race, and of course gender can also play a silent role in the decision making process. I say “of course” gender because unfortunately no matter what the age, wealth, education, or position women always go last. That is assuming that they are even eating with the men in the first place.

Part of the reason that discomfort may have been present is that there is a strong and I think valuable tradition of paying respect to age in Tanzania. Right alongside that is the hospitality offered to visitors (all visitors, even women, are given the first chance to wash their hands before even the most senior member of the host family). It is just that wrapped up in some of these very good traditions are some more discriminating practices.

It is not the first time that I have found parts of the Biblical message to be more uncomfortable here than in the US, though the reverse could also be said. What I saw plainly written on their faces though had to be the same challenge experienced by rulers of Jesus’ day. He was not just advocating for random acts of kindness when he gave us the mandate to serve others whether higher on the food chain than ourselves or lower. He was challenging many years of tradition that helped hold in place the order of society. The tradition that let everyone know where their place was and how they were supposed to interact with each other, that is what was at stake and that is what has made even modern day Tanzanians uncomfortable because they have a similar system for holding their social order together. 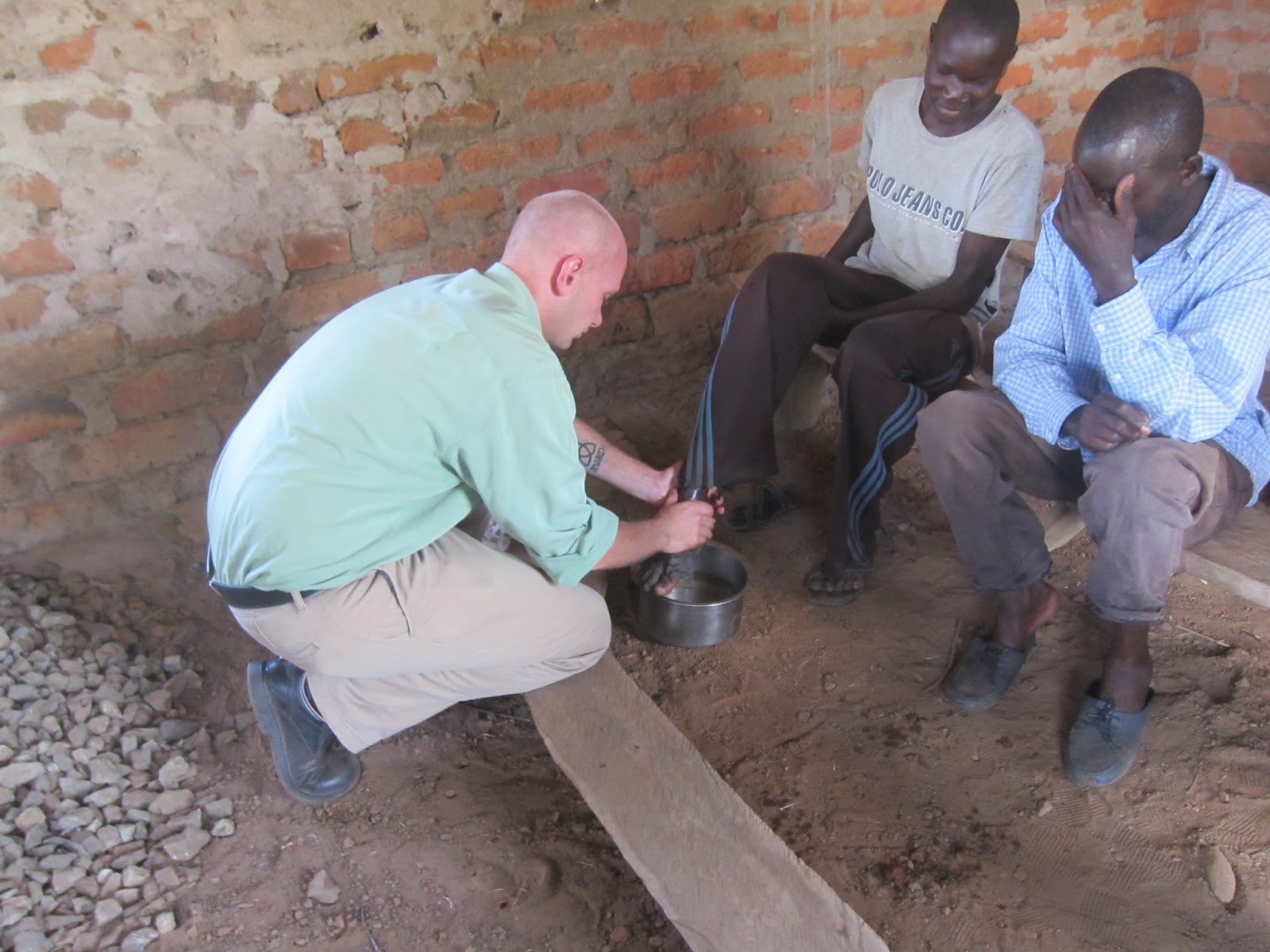 I am not sure if continuing Jesus’ tradition started during the original Holy Week did any good. I am not sure if any one walked away with any change of opinion other than that the missionary may be crazy. However, I am sure that I have a better understanding of the enormity of Jesus’ message, the radical call he really was giving us, the almost ensured shunning that was and is experienced by people who truly follow Christ’s message in a culture that has its own alternative traditions. This is what I am sure of. As well as the love and understanding needed on all sides as we continue to try and establish Biblical churches in the midst of a sometimes ununderstanding culture.

The extreme uncomfortableness expressed is also why we are trying to get the Emmanuel Center for Women and Children started. More coming about this great ministry next week.
Posted by Eric and Liz Soard at 5:39 AM